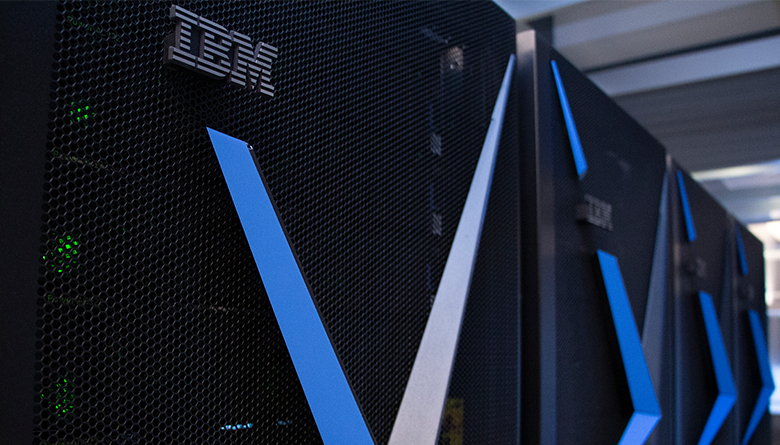 Is there an easier way to explain 8 petaflops?

You could say that, in order to keep up with AiMOS, each of the roughly 8 billion people on our planet would have to perform 1 million calculations per second.

Why is it called AiMOS?

Amos Eaton, the co-founder and first senior professor at Rensselaer, has historically been the namesake of supercomputers at the Institute. While continuing to honor his legacy, the name has been tweaked slightly for this new machine to reflect its specialized configuration to enable advances in artificial intelligence research.

How does AiMOS compare with previous supercomputers at Rensselaer?

How will AiMOS be used?

AiMOS will serve as the test bed for the IBM Research AI Hardware Center. A partnership between Rensselaer, IBM, and New York state, the AI Hardware Center is advancing development of computing chips and systems that are designed and optimized for AI workloads and are pushing the boundaries of AI performance. AiMOS will provide the modeling, simulation, and computation necessary to support the development of this hardware. AiMOS will also be accessible to Rensselaer faculty, students, and staff engaged in ongoing research that employs and advances AI technology, as well as collaborators from IBM Research, SUNY, and other public and private industry partners.