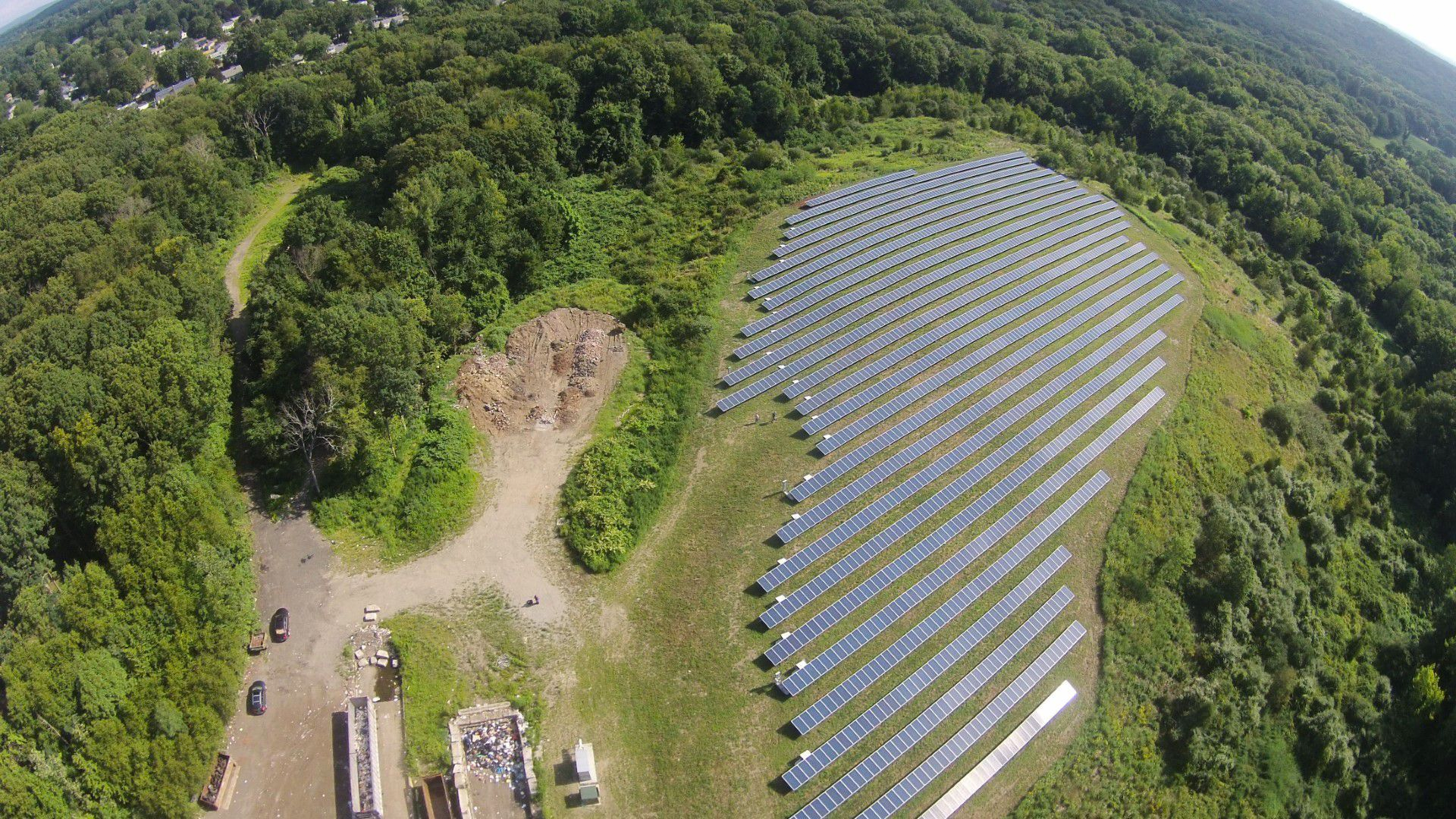 Jordan Energy is a solar energy developer that specializes in project planning and development for rooftop installations and ground-mounted systems.

The company takes the lead on all project details, from scheduling the initial engineering site assessment to maintaining the photovoltaic (PV) system for the life of the contract. Throughout the process, Jordan identifies construction and finance partners, estimates customer savings, and searches for any available state and federal solar energy incentive programs.

The company’s main markets are the agricultural industry; farmer and food distribution centers; churches and other nonprofit organizations; other businesses and homes; and municipalities. Jordan Energy is also expanding into the transportation sector, as more electric vehicle charging ports become available and energy demands to power these ports substantially increase.

A Focus on Agriculture and Nonprofits

“Farmers not only can save energy costs by using solar, but they can also use on-farm solar power systems to generate additional revenue,” Jordan says.

Jordan grew up in San Diego, about a two-hour drive from Imperial Valley, where annual agriculture crop production is worth more than $1 billion. He worked with a farm family in the area to pay for his undergraduate education at Notre Dame, where he majored in government and international studies.

Connecting the dots between his studies and farm work, Jordan became involved in issues relating to hunger and food production, helping farmers in Chile improve agricultural profitability as part of his graduate studies in agricultural economics at Cornell University. In 2002, he continued his career trajectory as a special assistant to the commissioner of the New York State Department of Agriculture and Markets.

“It was during this time, when I participated in scoring and awarding state grants for anaerobic digesters on dairy farms to turn cow manure into energy that I became interested in solar as a renewable energy source,” says Jordan. “I became convinced that solar would provide electricity at the lowest cost, fundamentally changing the underlying economics of the energy sector."

Jordan went on to establish Jordan Energy & Food Enterprises LLC in 2009. The company’s second solar development project was in 2010 at the Carrot Barn in Schoharie County, NY. A ground-mounted system was installed, with more than 500 solar panels and 18 inverters. The Carrot Barn grows fresh produce all season and also has an onsite bakery. It is owned by Richard Ball, the current state commissioner of agriculture and markets.

In 2017, two solar-energy installations were completed atop the Regional Food Bank of Northeastern New York’s warehouse facilities in Albany and in the Village of Cornwall-on-Hudson in Orange County, with a total of 2,673 solar panels. The power generated meets about 60 percent of the Latham facilities’ electricity needs and 100 percent of the Cornwall facility’s needs.

Jordan Energy has also installed PV installations at Graywall dairy farm in Lebanon, Conn., and Penguin Bay Winery in Hector, NY, among dozens of other projects around the Northeast and across the country.

More than a decade ago, Jordan knew that solar energy would rapidly change the energy paradigm and that poor communities throughout the world would highly benefit from this renewable energy source. So, in conjunction with founding Jordan Energy, Jordan established the Let’s Share the Sun Foundation, which receives 10 percent of the company’s profits in addition to donations from many other supporters.

The foundation organizes delegations of partner companies, students from local universities and colleges (including Rensselaer Polytechnic Institute), high school students and others to install solar energy systems on homes, schools and other nonprofit buildings.

In February 2020, a group traveled to Puerto Rico, where electricity in some parts of the U.S. territory remains unreliable as a result of Hurricane Maria in 2017 and 2020 earthquakes. Volunteers installed PV systems on two houses owned by elderly residents who need reliable electricity to run medical equipment on a regular basis. The delegation included five students from surrounding schools.

Seed Solar and Engineering, an engineering and PV installation firm also located at the Rensselaer Technology Park Campus that collaborates with Jordan Energy on various PV projects, has participated in Let’s Share the Sun projects previously in Haiti. The foundation’s volunteer delegations have completed solar energy installations in Honduras as well and a delegation to Liberia is expected in the fall.

As Jordan Energy continues to grow, it expects to broaden collaborations with Rensselaer to include more internships and engage in potential partnerships with researchers who have international expertise in the renewable energy sector.

“One of the many benefits of being located at the Technology Park,” Jordan says, “is access to research and innovation right here in our backyard.”

This document has been composed with the free HTML converter. Click here to give it a try.